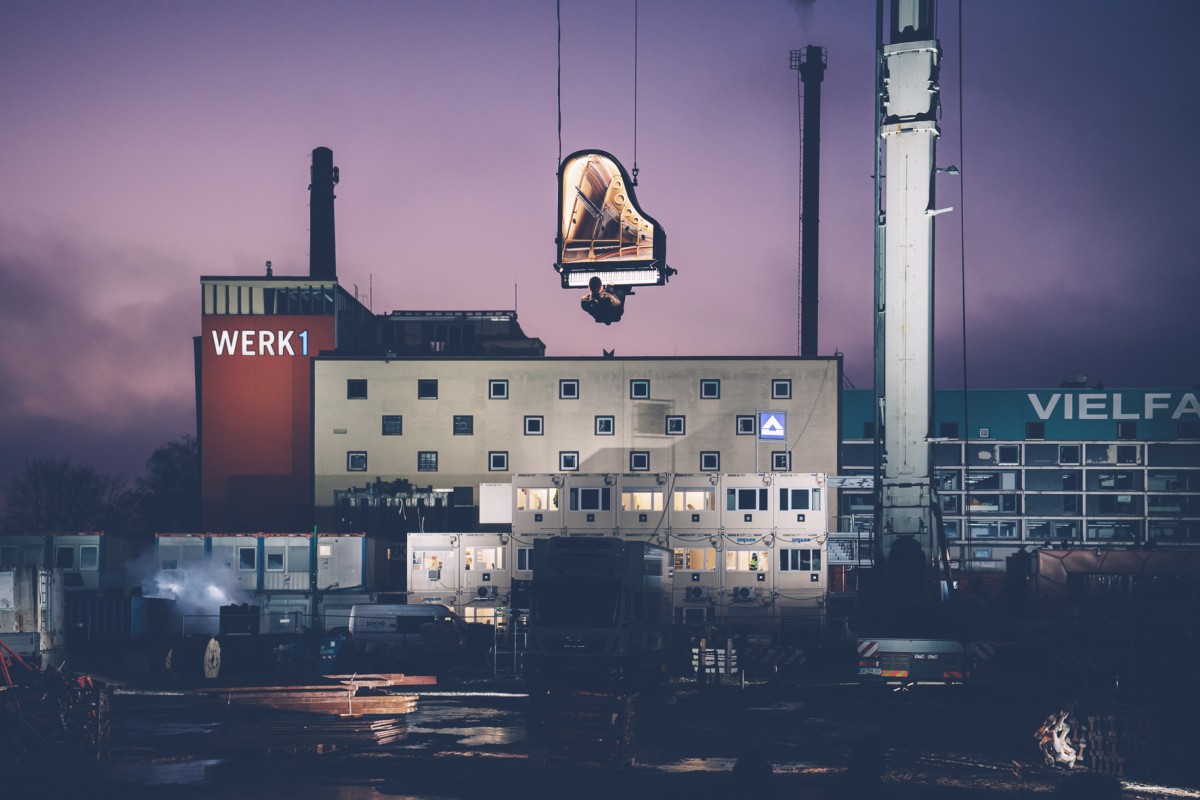 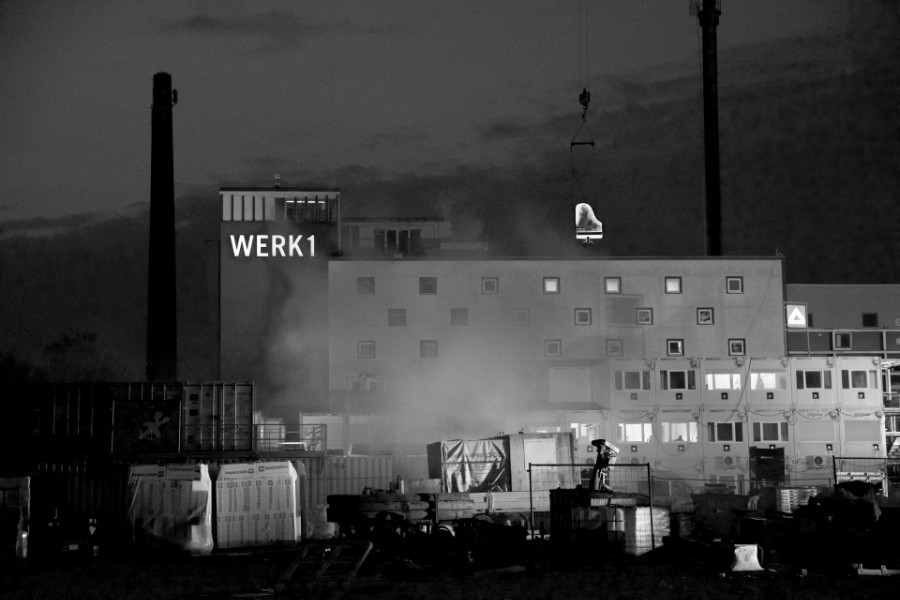 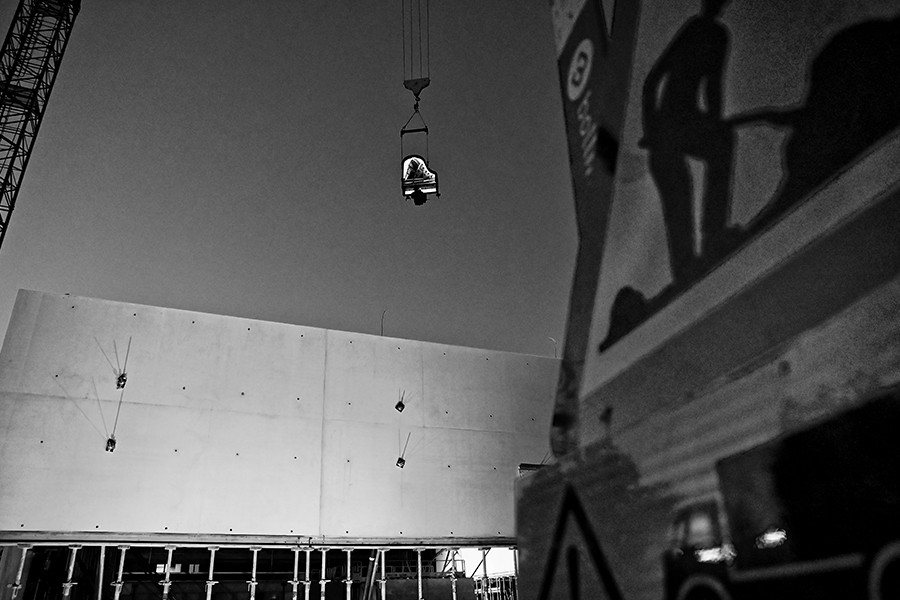 PIANO VERTICAL was created in 2013 with the intention of inverting the codes and proposing, through its reversal, a different look at the piano. The grand piano is suspended in the air, vertically. Inside and outside, in unusual or prestigious settings, the notes play with the weightlessness. The project has been presented in its initial form on more than 120 occasions, in Switzerland and around the world.

With the project “CHANTIER”, the ambition is even more refined: the perspective is imposed by the situation of the piano and the public in a very precise frame - the building site, at a defined hour - the dawn. The scenography is in place: the crane moves, the piano flies, the performance is sucked in by the set.

This contextualization aims to bring a naked look to the common, like James Turrell’s skyspaces. The site invites us to play with opposites: night and day, the accessible and the forbidden, the dirty and the flashy.
The final intention? To leave a trace, a memory in an emblematic building site of the city. With “CHANTIER”, the view of the site changes: the work in erection is no longer just a mirror of its primary function.
More than a variation of the original project, “CHANTIER” constitutes a creation in itself, which materializes a new cycle in the creative process of Boll&Roche Cie.